For a Christmas studio project we decided to create a paper zoetrope and test our motion control gear. We opted for a fox walking in snowy woods.

We first designed the fox to be animated using Ae Plugin Rubber Hose, which gives a fun, cartoon-like movement. With the fox designed and animated in 2D, we then translated this to paper. Each fox consisted of 10 components which all needed to be cut, glued and numbered.

We then had to work out how big our zoetrope would need to be to accommodate 24 foxes. The disc was over 1m in diameter. To add detail to the scene and mask the foxes in the background, we used 75 trees, a mountain and snow mounds.

A key feature of this zoetrope is how the paper fox looks as though they are walking through the woods. To create this illusion we used parallax between the trees and our hero. This was simply achieved by having more trees than foxes.

With all of the assets laid out on the zoetrope set the rest was relatively simple – sit back and wait for the moves to run. We shot the film in our London studio, which is fully equipped with motion control equipment. 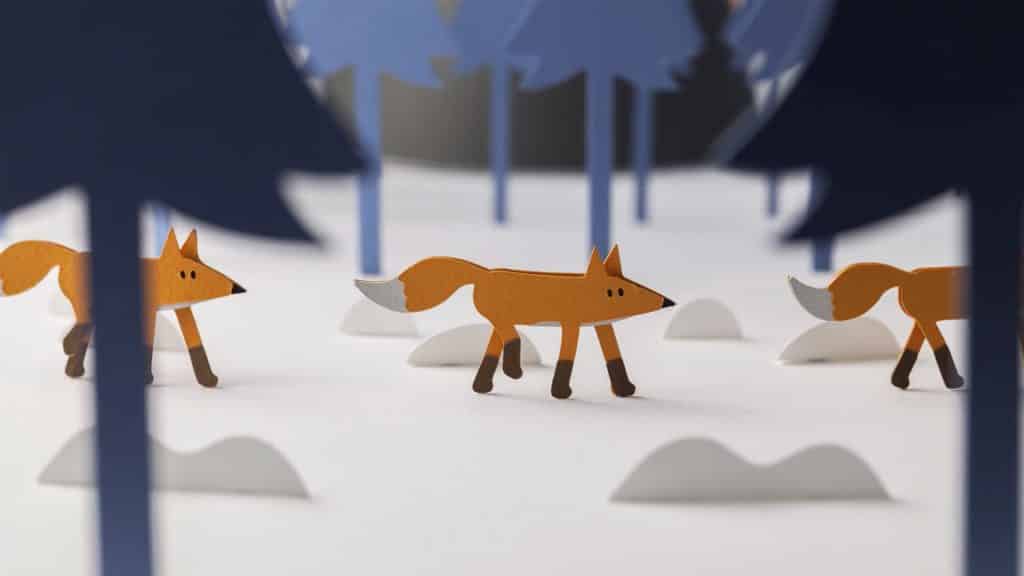 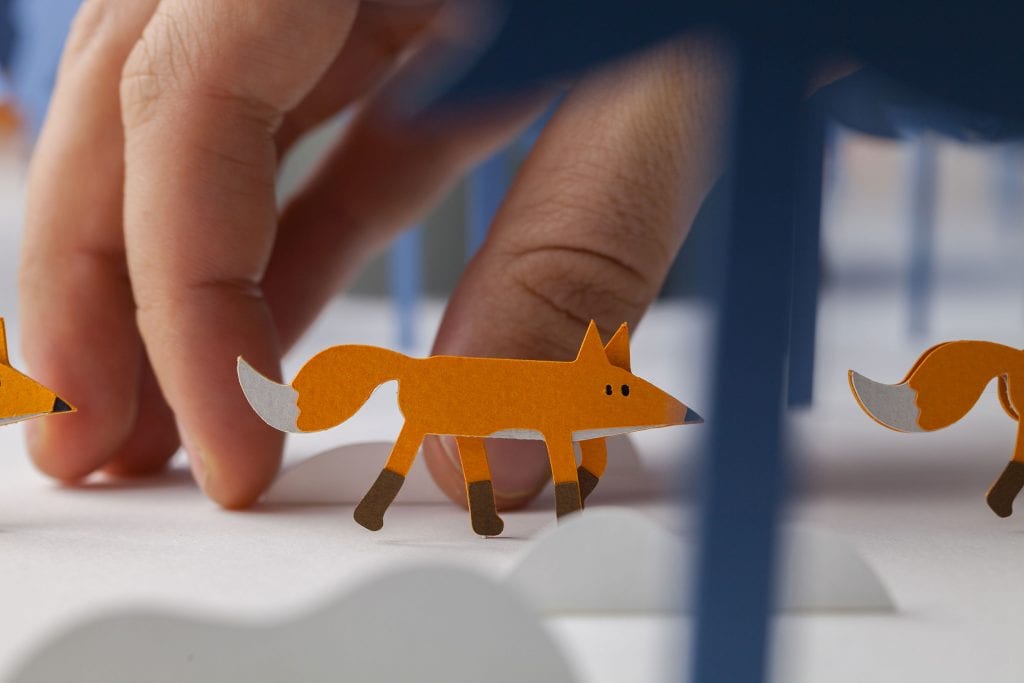 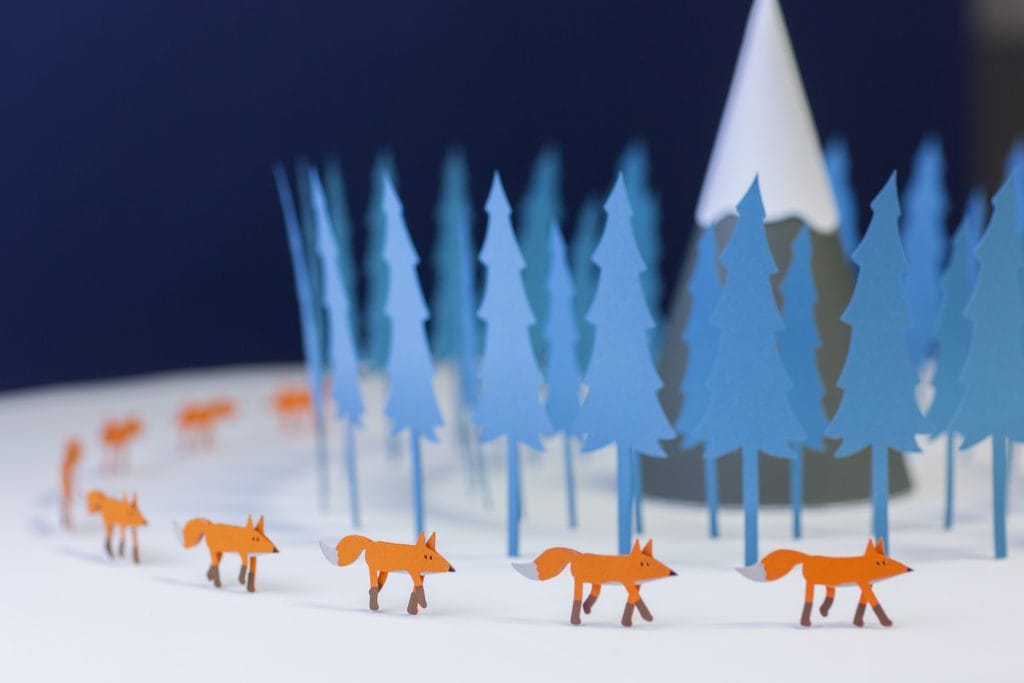 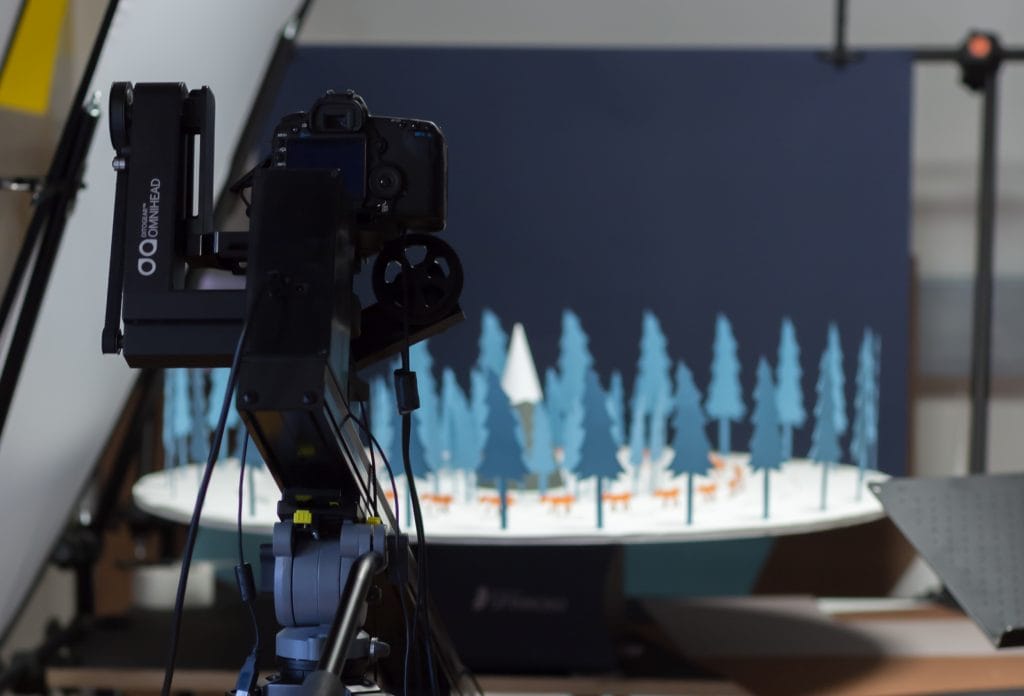